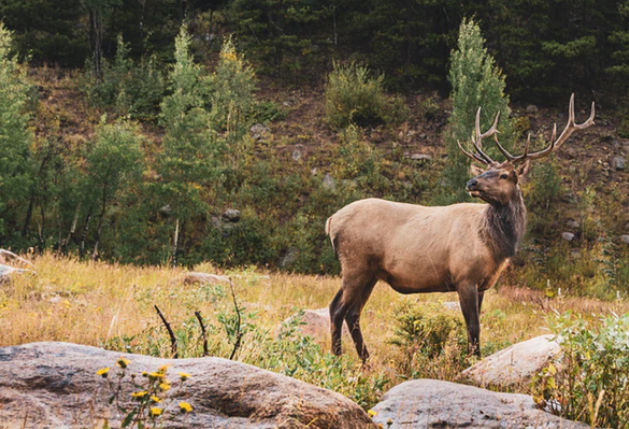 Apologies for the pun, couldn’t resist! One of the most magical things about taking a yacht charter with us here at Nanaimo is the ability to be able to reach some of the most magnificent woodland walks, and with that see some of the creatures that inhabit the deep green forests. The deer is often overlooked, but these majestic creatures are something to be admired. In this article we will take a look at a couple of the types you may spot should you choose to take some time away from the yacht, don your walking boots, and embark on a woodland adventure. 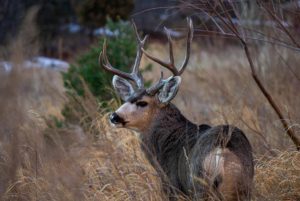 Firstly, the elk which is also known as ‘Wapiti’ in the Native American tongue is a light-coloured deer (and this is actually what the native name mean). Elks are related to deer, but are distinctive by their large size and even larger antlers. The males (the bulls) are known to reach extraordinary heights, with their antlers of 1.2 meters, their total stature can be almost 3 meters! Incredible. There are four sub species of elk; Rocky Mountain, Manitoba, Roosevelt, and the Tule. All originate from North America.

Something that isn’t always known about the elk is that they lose their antlers each year, usually around March time. So if you are hoping to spot a statuesque elk, the winter months are best. In the winter, they group back into large herds which increases the likeliness of a sighting. These groups are typically gendered, with males and females remaining largely separate until the summer (August to October). It is in the summer that these beautiful creatures choose to mate, and the cows (females) migrate to higher ground to give birth to just one calf who impressively will be up and about after just 20 minutes of life. 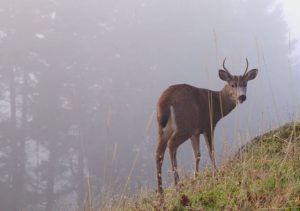 The late summer is an impressive time to witness these creatures as the males bound through the mountains and powerfully strike each other – butting antlers to strip the velvet off their newly grown antlers in order to impress nearby females. As is commonly the case in the animal kingdom, the larger of the two males will normally be triumphant, and therefore often rule the herds. One bull often impregnates up to 40 cows, meaning that competition is fierce and these battles are very important. 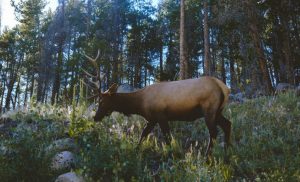 Secondly, the Sitka Deer. The Sitka deer is a subspecies of mule deer, and is not to be confused with the sika deer. This species of deer is a lovely reddy brown hue in the summer months, darkening to a greyer brown in the winter. Originating from Alaska (hence the name) Sitka deer are most populous in the coastal rainforests of northern BC. They were also introduced into the Queen Charlotte Islands before the 1900s, then later Prince William Sound, Kodiak Island Archipelago, Yakutat, and Skagway.

The little known fact about the Sitka deer is that they are extraordinarily good swimmers! They can be seen crossing quite vast expanses of water between islands. They only live an average of 10 years, but the oldest is thought to have reached 16. Another interesting fact about this particular type of deer is that it can be a residential (static) or migratory (roaming) species. This is all dependent on the habitat however, and in the winter, they prefer dense forest.

Sitka deer give birth in early summer (around June time). This is because this is the time that there is plenty of green vegetation for the young to feast upon, and the parents to eat to keep up their strength. In the winter, this particular type of deer make do with woody vegetation and sustenance. They have no upper incisors and so can only digest vegetation through grinding their molars. Much like cows, t 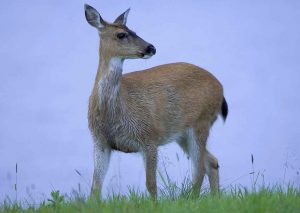 hey have a four chambered stomach which allows them to ruminate the food that they consume meaning chewing isn’t as much of a necessity.

The hard hitting winters can have adverse effects on the Sitka deer population but they rapidly recover. They are the natural prey of a range of mammals including bears and wolves. They have cute black tails and are quite playful animals. They have smaller antlers than the elks, and live in small family groups as opposed to large single sex herds. Sitka dominance fights are also less severe than those of the elk and other species of deer, they are just less competitive.

So if you are planning on a forest walk during your time with us here at Nanaimo Yacht Charters, do keep your eyes peeled for the array of deer that grace the woodlands. They really are a treasure, too often overlooked. The forest air will provide a nice change from that of the sea, and you never know how lucky you might be as to what you may see.