Vancouver and Nanaimo are the best places on earth to go whale watching. Even better if you are keeping watch whilst cruising on a board a yacht.

At the beginning of the year, a group of lucky fisherman had a very special experience when two humpback whales got up close and personal. A truly magical moment. There is nothing better than seeing such a beautiful creature in their natural habitat as you enjoy the water and stunning sea views. 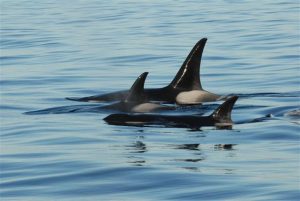 Your chances of seeing these majestic beasts is pretty good on the waters around Nanaimo, especially between April and October when Orca Whales frolic in the south. But if you want to go with the professionals, there are various whale watching organisations in the area who host responsible whale tours.

There is also the opportunity to see Humpbacks, Grey Whales, Minke Whales, Sea Lions, Dall’s Porpoises, Bald Eagles, and Harbour Seals. If you are lucky of course. The Orca Whales reside in the south for much of the year, and as they are very social animals they travel in three familial pods known as ‘J Pod’, ‘K Pod’ and ‘L Pod’. As well as those in residence there are also what is known as ‘transient’ whale groups that pass through from time to time, but these don’t mix with those that live there. 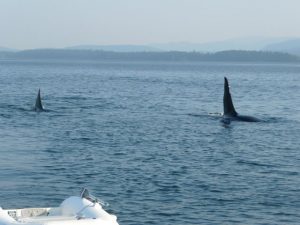 Populations of Humpbacks and Grey Whales have been growing in the area in the past few years. Local Whale spotting networks of scientists, environmentalists, and researchers, track the whales to keep an eye on numbers and for reasons of environmental protection.

These kind of services are integral in an era where the oceans are becoming increasingly polluted, overfished, and such beautiful animals are being threatened by an ever changing climate. One of the biggest threats to whales is also whaling. Whale oil used to be used to fuel lamps, candles, and to lubricate machinery, and even make lipstick. Most of this thankfully has been overtaken by modern technology but some places still kill whales for their meat which is thought of as a delicacy in some cultures.

In the olden days, whale hunting was more of a necessity – before science taught us better than butchering these beautiful animals. They hunted them, somewhat impressively, for rowing boats with spears until the 1800s when steam became king. This meant they upped their game, travelling far and wide for the goods. But it couldn’t carry on like this. Thank god there are now organisations to help protect them. 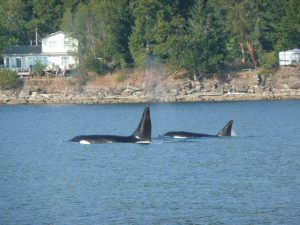 In 1946 the International Whaling Commission (IWC) was created to start to raise awareness about the need to keep populations thriving, not dying. Too many were being killed, and numbers visibly dwindled. The movement grew, and more and more countries signed up to stop whaling as petitions started up and awareness spread. The world-wide whaling ban was introduced in 1986. Despite this, countries like Iceland, Norway, and Japan still kill thousands of whales every year.

Japan says they do it for scientific research, but many restaurants in the country serve the whale meat as a delicacy. Norway say whales eat too many fish, which is simply not true seeing as the fish are first and foremost part of their food chain, not ours. They also sell whales to the Japanese for meat, to make profit.

Climate change is contributing to the melting of the ice caps which in turn changes the whales’ natural environment. The sea, is getting warmer, and also less salty, which affects the currents. It also means other sea animals habitats are suffering which means reduced prey for the whales to feed on. Being greener in simple ways such as turning off the lights, eating local foods, and using the car less often can help the whales – as far stretched as that may seem. 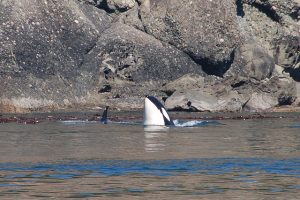 This also means when you are yachting and on the water in the whales’ natural environment, you need to be environmentally cautious, and respectful of the sea. There are lots of ways to make sure you are being as green as possible when sailing. One of which is making sure you do not pollute the waters with waste, trash, or chemicals
from the boat.

Pollution in our waters is serious business. There are whole swells of trash, including plastics, shopping bags, nappies, old fishing nets, and more that you couldn’t even imagine. Something like a plastic bag may look like a jelly-fish to a whale, and when they eat them it
can cause lots of problems. The sea is also becoming more toxic, as waste gets flushed into the oceans, it enters the whales’ food chain – and ours. We all need to be more careful.

So responsible whale watching is definitely something that should be the top of your list when cruising around Nanaimo and the Vancouver Islands. It is a humbling experience to see such majestic creature in their natural habitat. Moreover protect them so that they are there for future generations to enjoy.