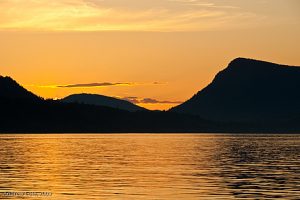 Ganges is a popular destination for boaters from all over the Pacific North West. There are several private marinas in Ganges Harbour in addition to the BC Government dock. While Ganges has always had a nautical feel to it, the addition of the ex-Coast Guard buoy “Delta 10” with a marine mural really emphasizes this. The buoy used to mark a spot 420 km up the coast at a location known to the Coast Guard as Delta 10 near Skeena River. It now marks the entrance to the Centennial Wharf in Ganges.. There are Orcas, salmon, cod, an octopus seals and other marine life adorning the buoy, as well as a Coast Guard cutter and kayaks.

The Farmer’s Market on Saturday mornings features well known arts, crafts and fruits and vegetables and takes place in the Centennial Park on the waterfront downtown Ganges. From April to October, you can find potters, jewelers, fiber artists, woodworkers, musicians, and other creative folk selling their wares.

There are three gas stations, two large grocery stores, eight art galleries, two banks and a credit union, and dozens of other businesses right in Ganges.

Orcas can sometimes be seen cruising the waters around Salt Spring Island. Harbour Seals are always present. Sea lions are occasional visitors. A number of fishermen make Salt Spring Island their home and many of them tie up in Ganges at Centennial – otherwise known as the “Government Dock.”

Ganges was named after HMS Ganges, the flagship of the Royal Navy’s Pacific Station between 1857 and 1860. Built in 1821, the Ganges was the last British sailing battleship commissioned for duty in foreign waters.

News & Updates
We’re in the News!

We're delighted to see our article, called British Columbia is Better on a Boat, has been published in Canadian Yachting.
share
Statement Regarding COVID-19

To our valued boating community, As we’re all aware, COVID-19 virus is impacting and changing our world hourly as we
share
Newsletter Signup

To our valued boating community,

As we’re all aware, the COVID-19 virus pandemic is continuing to impact and change our world, however we do look forward to a safe and wonderful 2021 boating season.

The health and well-being of our clients, students, and staff remains of paramount importance to us.  We continue to closely monitor the situation and react accordingly

We remain on hand to anwer all your questions and concerns.

We look forward to welcoming you to our base and our wonderful cruising ground soon!

We use cookies to enhance your experience whilst on our site, and improve our services by analysing our site traffic we also use them to enable social media features.
By closing this banner, scrolling or clicking a link or continuing to browse you agree to the use of cookies.AcceptRefuseCookie Policy
Revoke Cookies