A new initiative is afoot in Nanaimo. A leadership group is looking to build relationships between Nanaimo businesses like ourselves and the indigenous population. So much of Vancouver Island is reliant on the outstanding natural beauty of the area, but the rich cultural heritage embodied within that is too often ignored. 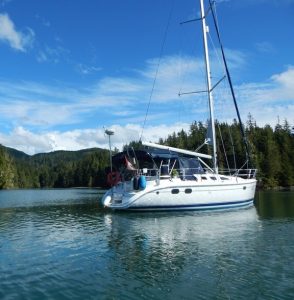 The initiative entitled ‘Toolbox for Change: a Local Perspective on Indigenous Culure’ launched this month (May, 2016) consists of a series of cedar boxes being sent to various points in the community via a mobile library. These boxes hold a whole host of interesting artefacts including books on indigenous culture to help educate the wider community about this group of people.The boxes themselves have the beaver, the eagle, the raven, the bear, and the wold on the box – these animals symbolise the main family groups of the nation.

Instigated by the Leadership of Vancouver Island – a leadership development programme in the area, the project aims to reconcile some difficulties between indigenous populations and the new settlers. Tara Plett, spokeswoman for the initiative said how the initiative is mainly aimed at the over 25s, as there is a gap to bridge in the knowledge of younger and older generations. 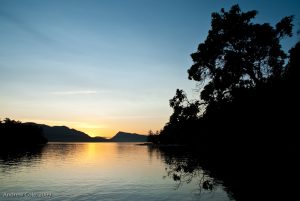 The suite of tools will enable people to educate themselves and then move forth and develop positive relationships with the First Nations community. Literature includes items on cooking, protocol with the elders, and other history. The boxes are artistically designed and so are intriguing and interesting to the user. The passing of knowledge is an important part of indigenous culture and so the project is using known and appreciated methods to link the two halves of the community together. 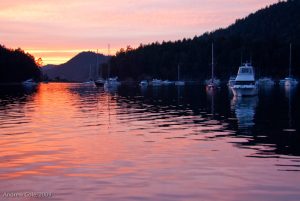 In British Columbia there are over 200 First Nation groups. Each of these fascinating groups has its own language – the mind truly boggles. There are also a wide array of traditions linked to each of these individual groups. The one thing that unites them all, and them with us too, is their deep love, appreciation and connection with nature. The rivers, mountains, forests, wildlife, and the glorious oceans on which we all enjoy yachting are all of pivotal importance to the various tribes.

When travelling on the seas around Nanaimo, it is important to take a step back, take a deep breath of the glorious fresh sea air, and feel that you are part of something bigger. Appreciate the history of your environment and respect it to protect its future. The Aboriginal Tourism organisation have a series of shows and events across the year for interested visitors and locals – check it out here. 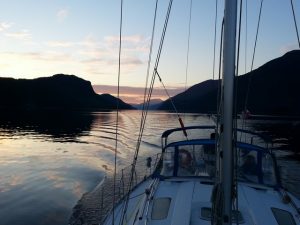 Businesses that participate in the much anticipated project will receive official stickers to show they support the toolkit and are on board with the change, support and reconciliation agenda that is the underbelly of the campaign.

The Nanaimo Aboriginal Centre who are working closely with the group to implement the programme always have a broad range of activities on for aboriginal families and interested parties. They work with elementary school age children, host family nights, do educational outreach, soccer tournaments, youth mentor schemes, literacy programmes, and also provide scholarships.

Here at Nanaimo Yacht Charters we endeavour to be part of the community. As a result we are very much behind this project, and encourage anyone travelling with us to spend a bit of time getting to know the history of the beautiful Vancouver Isle and its people. We want Nanaimo to remain not just a great place to sail for the weather but also for the amazing scenery. Nature at its’ best.