The Nanaimo Marine Festival started in 1966 as a celebration of Canada’s 100th birthday and will be 50 years old in 2016. Happy Birthday! This year’s festivities will be held from the 21st of July to the 24th. If you are on a yacht charter holiday throughout this period, the event is really one not to be missed – especially for boating enthusiasts. 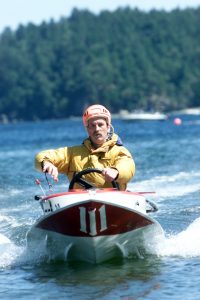 The main course of the festival if you will, is most certainly the world renowned Great International World Championship Bathtub Race. Last year saw a change in how this race ran. Previously racers would end their journey at Departure Bay beach, but despite that glorious bit of irony it was changed to mean both the start and finish lines are situated at Maffeo Sutton Park. It was believed this change was made last year, to iron out any potential difficulties before the celebrations of 2016 hit.

Loyal Nanaimo Bathtub Society member Bill McGuire says the change was made because people viewing the race would often only watch the start or the end. Now viewers can more easily see both, which is of course a more pleasurable experience. Not only is this better for the people watching the race, but it is easier for the racers themselves too as Departure Bay has grown busier and busier over the years. This may be something you have experienced on your own yachting adventures in the area.

Last year festival goers were celebrating the 50th anniversary of the Canadian Forces Maritime Experimental Ranch Point for the navy. Naval history forms a big part of the culture around Nanaimo, and any chance to celebrate it is always taken up with enthusiasm. This year however, will all be about celebrating the race itself, as it forms part of the maritime history of the area. The bathtub race itself is usually held on the Sunday, but the full plans for this special year are yet to be announced. 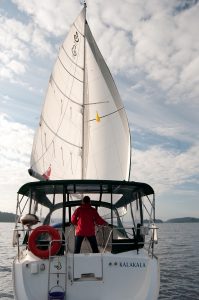 Always an occasion with more to enjoy than the boats, there is sure to be spectacular firework displays, delicious foods, and beautiful decorations all around the bay. The Marine Festival in Nanaimo really does but Nanaimo on the map for boat enthusiasts of all shapes and sizes. The event attracts thousands of people from around Vancouver and much further afield such as Australia to partake, watch the race, enjoy the company of other boat lovers, and revel in the generally merriment.

The race itself can get quite tense, competitive, and very exciting. There have been years where racers have raced on land by foot after the boat race is complete to try and best each other and determine finishing position when it has been too close to call. As well as the fun of it, there is often a serious message behind many of the racers too. It is not unusual for those who take part to utilise the opportunity for some fund raising for local charities or causes that are close to their hearts.

As well as individuals, the boat race is entered by community groups, NGOs, businesses, and even local government officials. It is thought of as one of the best events for bringing all strands of the community together – and that means travellers too! Nanaimo is known as a warm and welcoming place to visitors, and nowhere is this more on display than at events such as the Marine Festival.

So when yachting in Nanaimo in July, make sure to enjoy the four days of summer festivities island-style. The festival is a great place for families too with a number of arts and crafts stalls, an entertainment stage, a children’s tent, and a delectable supply of food vendors and even the odd cheeky beer garden. It is also a place of knowledge with information stands and safety displays aplenty, as well as information on military history and the numerous water sports on offer around the area.

It is not just the race area that comes to life over this four day. The city centre in downtown Nanaimo is also awash with activity from farmer’s markets to parades, light festivals and fireworks to music performances. Whilst yachting in Nanaimo in this period, you can be sure that whether your travel party is young or old, the family or your partner, you will not be short of things to do.

Read more about the event here.

Nanaimo Marine Festival is an institution, and something the locals look forward to all year round. It is a favorite for our yachters, and we here hope that the event will continue for many more years to come.