Must visit places on a Vancouver bareboat charter: Thetis Island

If you are on a Vancouver bareboat charter and are exploring the Gulf Islands, then Thetis Island is well worth a visit. 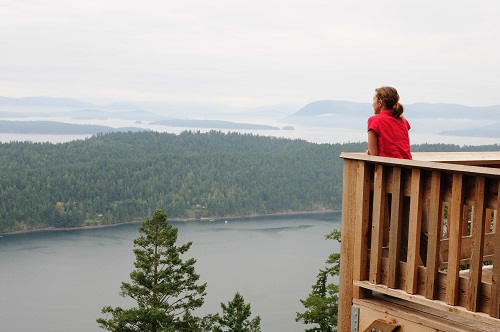 This tiny island is only about 10 square km and has a small population of just 340 people. It is a pretty island, covered in Douglas firs and is largely undeveloped. Much of the land on the island is owned by three Christian camps, one of which is the international Capernwray – the Christian Bible college that offers all sorts of education courses for students from all over the world. You can’t fail to notice the huge mock Tudor building when you approach the island, along with it’s amazing beach and beautiful grounds. It is a very quiet, rural and friendly island so perfect for some slow down time. 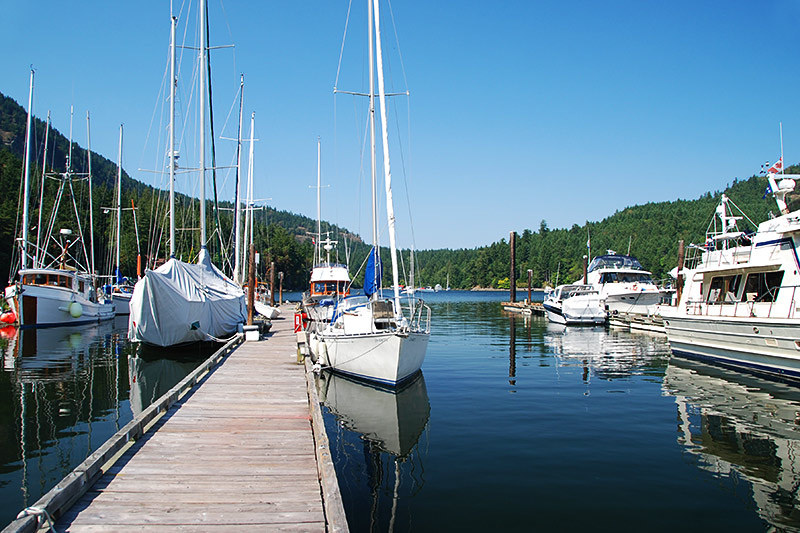 Wherever you visit on your Vancouver bareboat charter, it adds an extra dimension to your holiday when you learn some of the history of the places you visit.

Thetis Islands was in fact named after a British 36 gun frigate which was stationed at Esquimalt in the 1850’s, the adjacent island of Kuper was named after the boat’s captain. Even just before the First World War, the island still only had a population of around 40, which has slowly grown to just over 300 now! 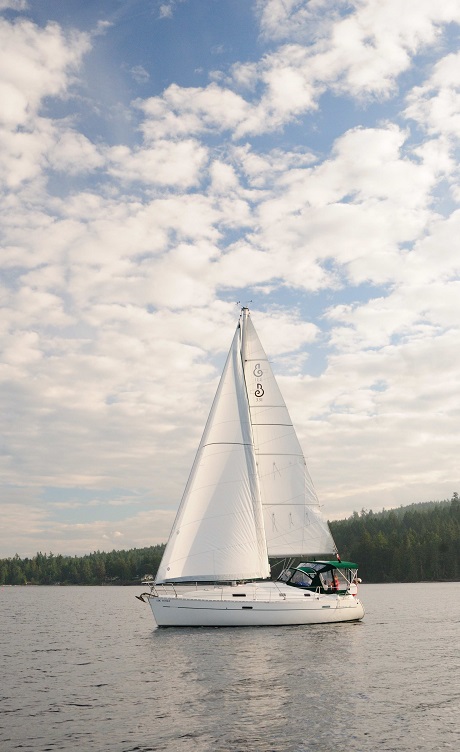 Telegraph Harbour is a great place to approach the island on your Vancouver bareboat charter, as there are plenty of amenities here such as the local store to stock up on provisions, as well as post office and other facilities.

There are lovely views of Canoe Pass to enjoy,which is actually a narrow canal that was dredged in 1905, which separates Thetis and Kuper Island from each other. You can spend time watching boats getting stuck on the sandbars as the tide goes out for some fun!

Enjoy some swimming in the warm and shallow waters of Telegraph Harbour.

Explore the island by bicycle or on foot, which can easily be done in a day, and enjoy some of the lovely small rocky beaches off Pilkey Point road or the fabulous panoramic views from the east shore off Lawrence Road.

St Margaret’s Cemetery next to Capernwray is a beautiful spot for a stroll, with fabulous views as it is surrounded on three sides by woodland and overlooks the ocean.

Enjoy some of the very interesting and historical gravestones which you can immerse yourself in reading the tales of many of them, such as Henry Burchell who built the original Tudor style mansion of Capernwray, as well as Kenneth Maclure, a renowned post-war Arctic navigator, and Daniel Culver a famous adventurer and philanthropist.

Whilst there is no particular commercial centre to the island, but there are plenty of shops, artists’ studios, small cottage industries and marinas to take advantage of on the island. 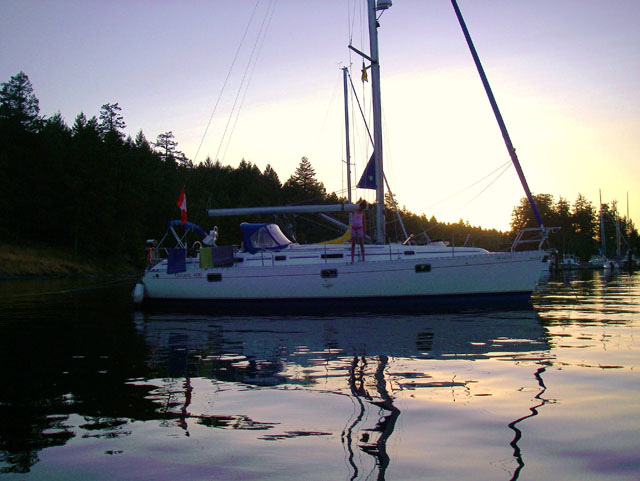 Birdwatchers can be rewarded for their patience on Cufra Canal, a silty beach also great for exploring at low tide.

Thetis Island Marina is a great place to stop over on a Vancouver bareboat charter, as it is a very protected marina, situated between Thetis and Penelakut Island. They offer new docks, with shorepower as well as WiFi and access to lots of facilities such as showers, laundry, water and garbage disposal. One of the very great things for Vancouver bareboat charterers is the huge covered barbeque area, which offers horseshoe pits and a very sociable experience. You can also enjoy the lovely lawns and shade offered by the Maple tree, great for the children to run around.

So another great destination for you to visit on your Vancouver bareboat charter, Thetis Island.