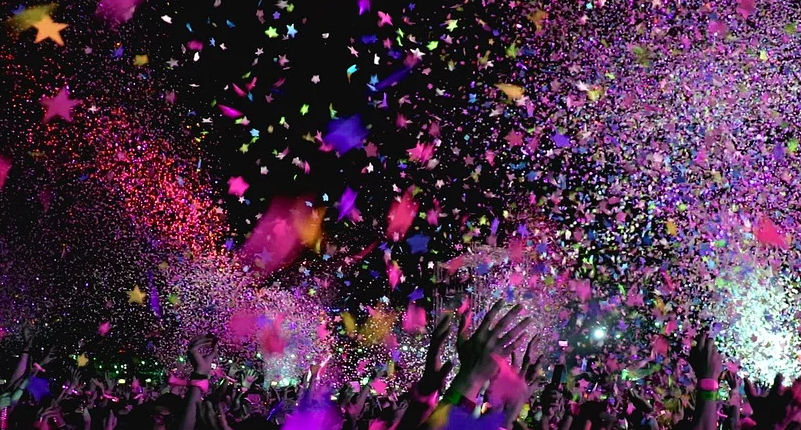 This Canada Day, celebrations were amped up around the country and in Nanaimo, to celebrate this great country’s 150th birthday. In this article we will run you through what happened this year, and also take a look back through the history to inform you on how we got to this point. 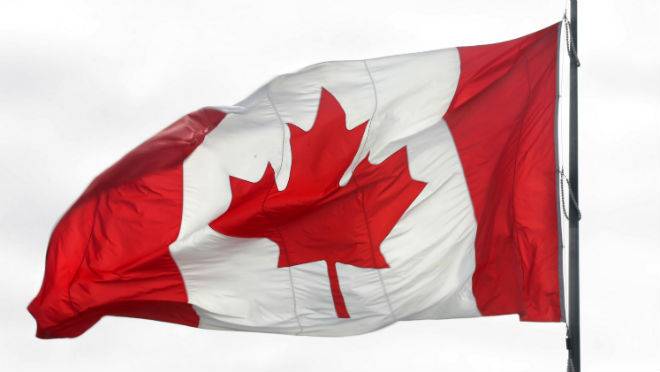 Celebrations were had by thousands of members of the community over a ten day festival which started on the 21st of June, and climaxed on July the 1st – which is Canada Day. Friends and family came together to rejoice in everything Canadian. Nanaimo builds its offer each year, and 2017 saw the biggest year of celebrations yet. Events were organised by the City of Nanaimo in collaboration with the official Canada 150 Committee to throw the country a birthday party it will be hard to forget.

Absolutely everyone who was anyone were involved in the celebrations. There were a number of interactive stalls through Maffeo-Sutton park including a mouth-watering array of food vendors, as well as offerings from Vancouver Island University, Nanaimo SPCA, the Royal Canadian Navy, and Purple Pirate. There was also a very well attended commemorative Bathtub run (an annual event until 1996), and a whole host of performances including Bastion City Cloggers, Scottish Country Dancers, Chinese Dancers, Ballroom and Latin Line Dancers, and even Square Dancers!

This eclectic mix really reflects the diversity of Canadian communities, and celebrates difference which is really what Canada Day is all about.

There was something to suit every taste, which made the celebration all the more special. HMCS Nanaimo was docked to allow revellers to view the majestic ship which is also celebrating its 20th birthday.

The event was drawn to a close with a fantastic fireworks display as the sun came down over Nanaimo Harbour.

Different areas of the region held their own celebrations alongside the main line of events. Parksville kicked things off with a pancake breakfast, at Qualicum beach they did the same and had their own parade. Ladysmith celebrated through music, both local performers and international took to the stage. 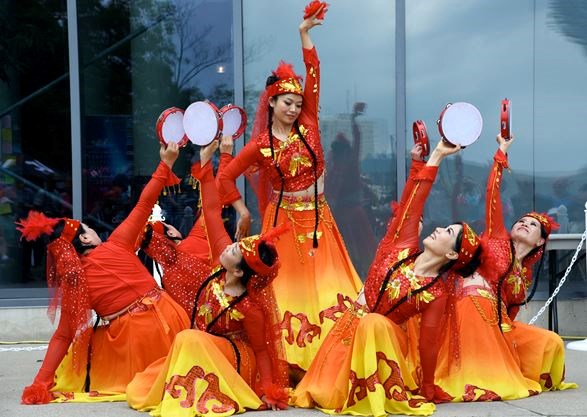 Canada Day is really a chance for people to demonstrate their pride in the history, and cultural achievements. This is why, the Canada Day Challenge has been a big part of celebrations for many years.

It is a chance for local young people between the ages of 8 and 18 to express their national pride through a variety of creative art projects which are a cornerstone to the celebrations across the nation.

The young people, after all, are the future of this great nation, and therefore it is incredibly important for them to be involved in days of national pride.

Winners of this year’s challenge got to go on an all-expenses paid adventure to Ottawa in June to celebrate Canada Day and meet some of Canada’s most inspiring people as well as tour museums and galleries and parliament buildings. This year had more entrants than ever, with drawings, photographic pieces, and creative writing entries flooding in. The Challenge too is celebrating an anniversary this year, as it is the 30th year of this element of Canada Day Celebrations. In this time over 350,000 young people have taken part in the initiative. This year’s theme was about the future, not the past, and young people were asked to creatively display their hopes for their future Canada.

As well as all the merriment, there was a charitable undertone to the events. A number of not for profit groups celebrated gaining funds from the Nanaimo Foundation who delivered $70,000 in community grants. This number was around double what is usually donated to local causes, and the number of charities benefiting also increased. The Foundation doesn’t look for charities of a specific theme, instead they look at the sustainability of the project beyond the length of the grant, and an impact that can be measured beyond its length too. Between 1982 and 2015 the foundation has handed out almost 300 grants totalling a whopping $2.5 million dollars for charities in the region. This year, recipients included the Boys and Girls Clubs of Central Vancouver Island Community Canoe Project, the Gabriola Arts Council and Historical Museum Society, the Ladysmith Resources Centre Affordable Housing Project, Nanaimo Actions Community Inclusion Project, Nanaimo Foodbank, Vancouver Island Art Project, Pacific Sport Aboriginal Active for Life Initiative, and a Library Oral History Project. 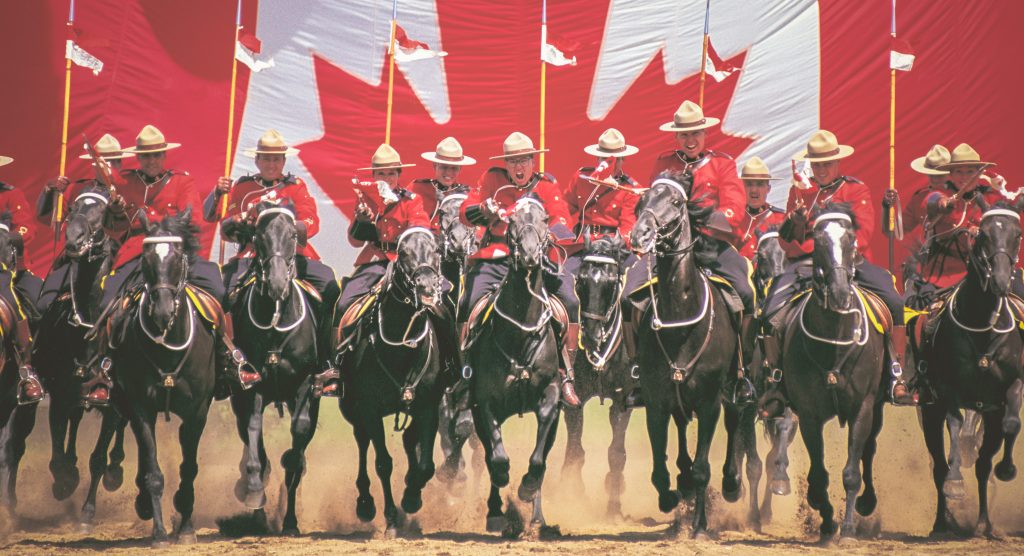 Canada was ‘born’ on the 1st of July, 1867, when the British North America Act united the provinces of Ontario, Quebec, Nova Scotia, and New Brunswick were united under the dominion of Canada. This sounds like a joyous occasion, but back then it wasn’t so much a celebration as a strategic move after the American Civil War. There was a concern that the triumphant North American’s would continue on to try and take Canada. So, the move was to provide a stronger defence against this threat. It was also to prevent a Civil War happening in Canada, and the ‘Fathers of the Confederation’ wanted a united front, to solidify a stronger federal government than America.

The word Canada, came about in 1867, and it comes from the Huron-Iroquois word ‘kanata’ which means settlement, and dates back to the 16th century. It was originally going to become a Kingdom, but the British felt the American’s wouldn’t appreciate that, and so it became a Dominion instead which came from religious scripture. The National motto was also drawn from this ‘from sea to sea, and from river unto the ends of the earth’. A little known fact is that Canada Day was originally known as Dominion Day. Some historical texts refer to it as Canadian Independence Day, but at this early time, this was somewhat inaccurate, as the British still had a stronghold on the area and provided much of the military security needed for a newly established nation. Actual independence, happened far more gradually, the first time Canada presented to the world as an independent entity was in 1920 when Canada joined the League of Nations and fought Germany. Full governmental independence was not actually achieved however, until the Canada Act of 1982 when the UK Parliament transferred power. Another interesting fact however is that the British Queen, is still the Queen of Canada!

So as you can see, as with most histories, the history of Canada becoming Canada is not all that straight forward. So for the historians among you we thought we would put together a little timeline to help you…

1867 – The British North America Act, now commonly known as the Constitution Act was created and signed.

1967 –  100th Anniversary with a huge ceremony attended by the Queen

1968 – Multiculturalism becomes an important part of the celebrations, and festivals evolve

1980 – Government supports the establishment of local celebrations across the country

1984 – The National Capital Commission is created to organise events

2014 – Canadian Heritage get involved in the organisation of celebrations

What we love most

So now we have taken you through this year’s birthday celebrations, and taken a look at what lead us to this point, we want to share with you our favourite parts of what it means to be Canadian. 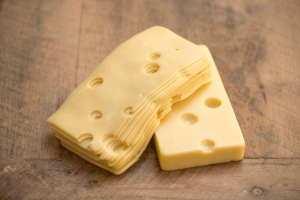 Firstly, cheese! Lancaster cheese is the supreme global (yes GLOBAL) champion of the world. Secondly, Canadians are water babies! There are so many fantastic ways to get active on the water, and with such beautiful scenery this is one of the best things about Canada. Thirdly we hold many weird and wonderful world titles (as well as cheese) such as deadlift, speed climbing, fast drumming, and disk flying. Fourthly, our banks are highly rated for ethics as well as efficacy making financial stability easy-peasy – the American Dream is actually Canadian. Fifthly, film. Canada make some of the most beautiful artistic movies in the world – proper highbrow. Sixthly, we have a resilient housing market which continues to support us. Seventhly, our authors lord over the global literary scene, winning prize after prize for their books. Eighthly, we have such a great reputation around the world, people want to come here, live like us, and experience the whole package! 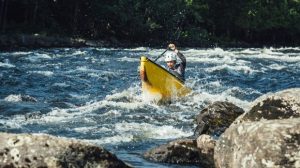 So there we have it. Happy Birthday Canada, we look forward to celebrating with you in coming years. We here at Nanaimo Yacht Charters look forward to introducing you to all things Canadian, and helping you discover your top reasons for loving this great country.